FullSet are quickly becoming one of the most well known bands in the Irish music scene today.

This follows the tremendous success of their debut album “Notes at Liberty” which was released in 2011. All accomplished young musicians in their own right, FullSet create a stunning and unique sound that is full of energy and innovation, whilst all the time remaining true to their traditional roots. In recent years this young group has received much critical acclaim, even being compared to supergroups such as Danú & Altan by respected Irish Music Magazine. In 2012 FullSet were honoured to receive “Best New Group Award” from the highly respected Irish American News as well as “Best New Comer” in Bill Margeson’s Live Ireland Awards.

Last year saw the release of their second album “Notes after Dark”, several TV performances as well as appearances at various Festivals and venues across America and Europe, where they shared the stage with some of the biggest names in the folk and world music scene.   FullSet are set to thrill audiences throughout the world and we are delighted to get them to Shetland in 2014!

The band features Michael Harrison on fiddle, Martino Vacca on uilleann pipes, Janine Redmond on button accordion, Eamonn Moloney on bodhrán and Andy Meaney on guitar.  The emotive singing style of Marianne Knight completes the ensemble and is guaranteed to captivate audiences of every generation. 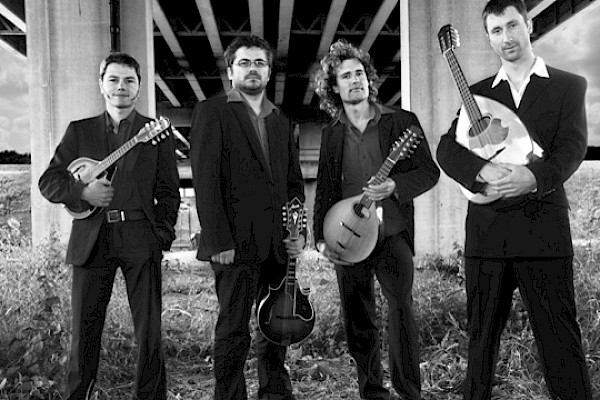